The pace of Form 470 postings increased remarkably in the four days prior to the deadline, with more than 1,000 posted on January 15. Almost 22,000 unique applicants (as identified by the Billed Entity Number) posting the more than 31,000 applications. 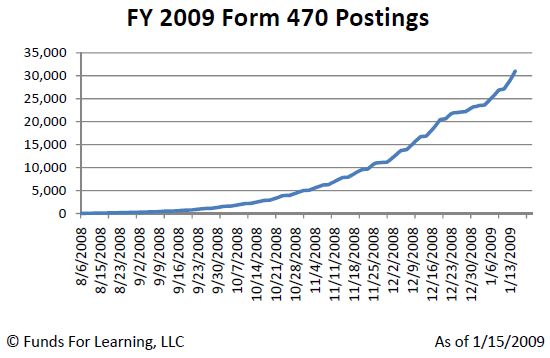