The time frame to start the competitive bidding process for Funding Year 2015 has now passed and the final Form 470 data is available. The chart below shows the historic count of Category 1 (previously Priority 1) and Category 2 (previously Priority 2) Forms 470 over the last ten funding years. 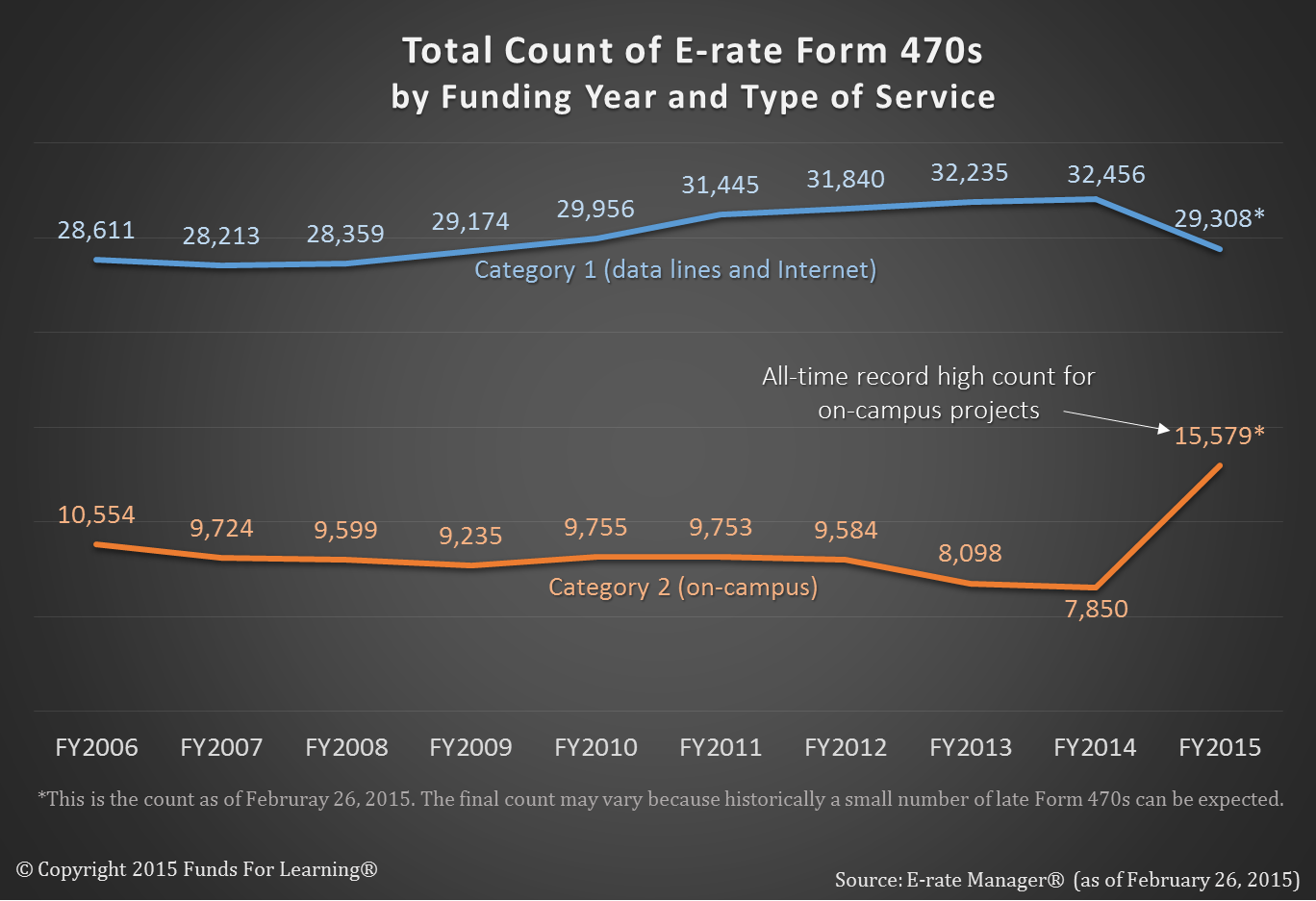 There is a notable 10% decline in Category 1 Forms 470 from FY 2014 to this year. This decline is tied to the recent modernization changes to the program, through phasing out support of voice phone services and eliminating discounts for legacy services such as email hosting, web hosting, and paging, etc. Overall, the final number of Category 1 Forms 470 is still within the normal range of what has been submitted over the past ten years.

Category 2 bid requests are at historically high levels, at about 50% more than what has been typically listed on Forms 470 in the past ten years – and almost double last year’s count. The obvious causes for this drastic shift are the overall $1.5 billion increase to the E-rate fund, Category 2 site budgets which will spread the funding to more applicants, and the additional $2 billion initially set aside for Category 2 in the first E-rate Modernization Order.