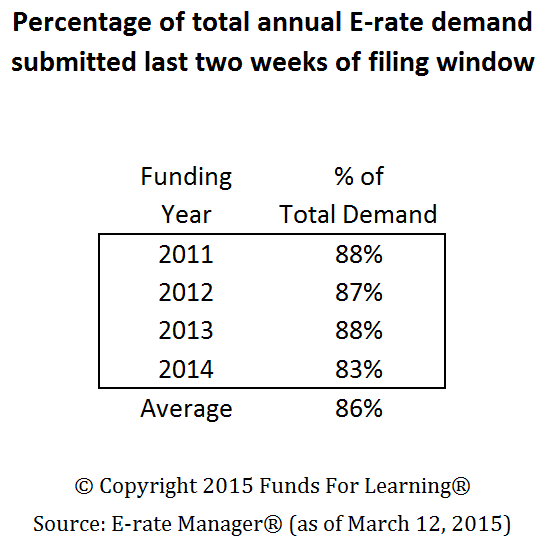 At the point USAC announced the extension of the FY2015 filing window, applicants were just reaching the critical two week final period. As indicated in Funds For Learning’s survey results this week, many applicants have been struggling to gather all of the additional information now required in the Form 471 application. We have also seen that the pace of Form 471 applications is lagging behind other years. No doubt these factors played into the decision by USAC to extend the window.

Although the filing window has now been extended, we can still look at the applications that have already been submitted and get some idea of what may be to come. The total requested amount stands at $583.7 million. The table below shows the distribution of these dollars and the average amount requested per applicant (“BEN”). 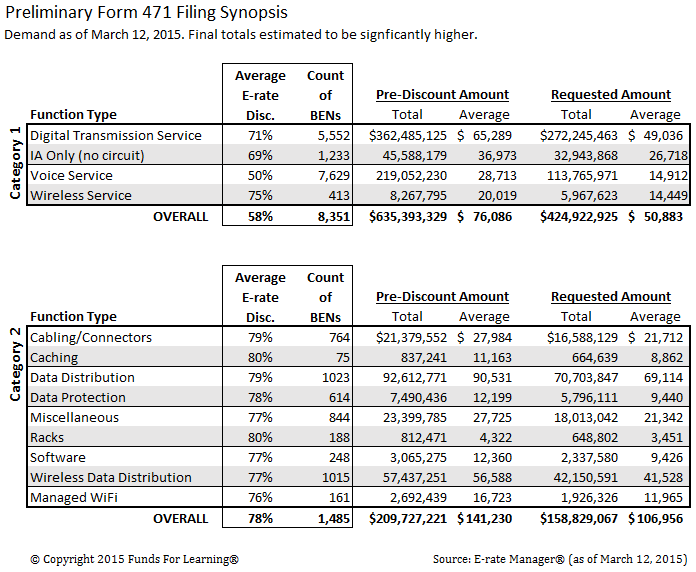 It stands to reason that the applications already submitted to USAC represent no more than 14% of the final demand. If that number were to hold, the total forecasted demand would be $4.2 billion. Because of the challenges many applicants have faced preparing their forms, the current demand may represent as little as 10% of the overall demand. If that were the case, the total forecasted demand would be $5.8 billion. As with so many things in life, the final answer is probably somewhere in between.

What will the total demand for E-rate support be in FY2015? We will have to wait until April 16 (or later) to find out.