“Me?  A procrastinator? I’ll prove you wrong someday – just wait and see.” In keeping with trends in prior years, a substantial number of applicants filed their Funding Year 2015 applications in the last seven days of the filing window. 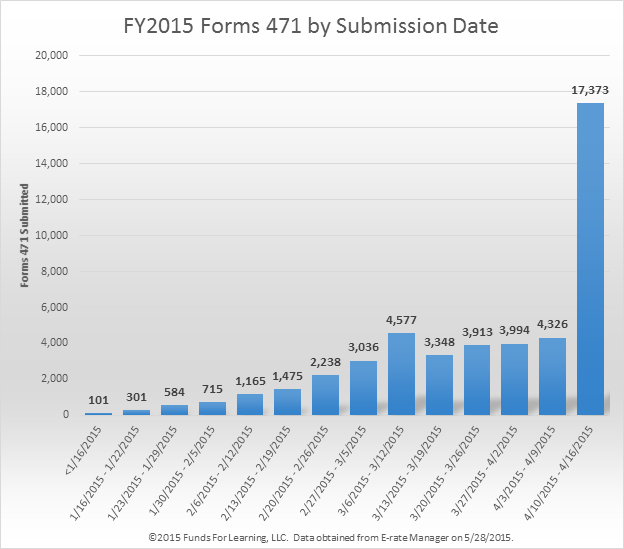 For FY2015, almost 37% of Form 471 applications (representing 47% of requested funds) were filed in the last seven days of the filing window. 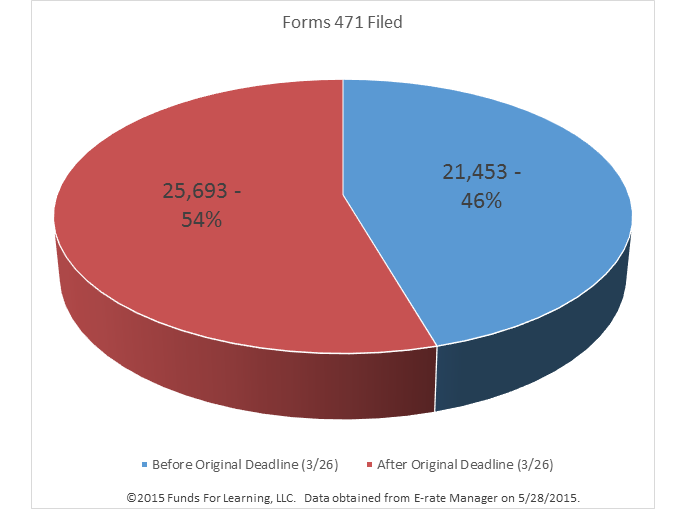