As a part of a comprehensive reform of the E-rate program designed to sharpen its focus on broadband delivery, the FCC began phasing out support for all voice service at a rate of 20% per year starting in Funding Year 2015.  Combined with the immediate drop in support for legacy services, telephone service features, and cellular data, the new rules had a significant impact on applicants nationwide. 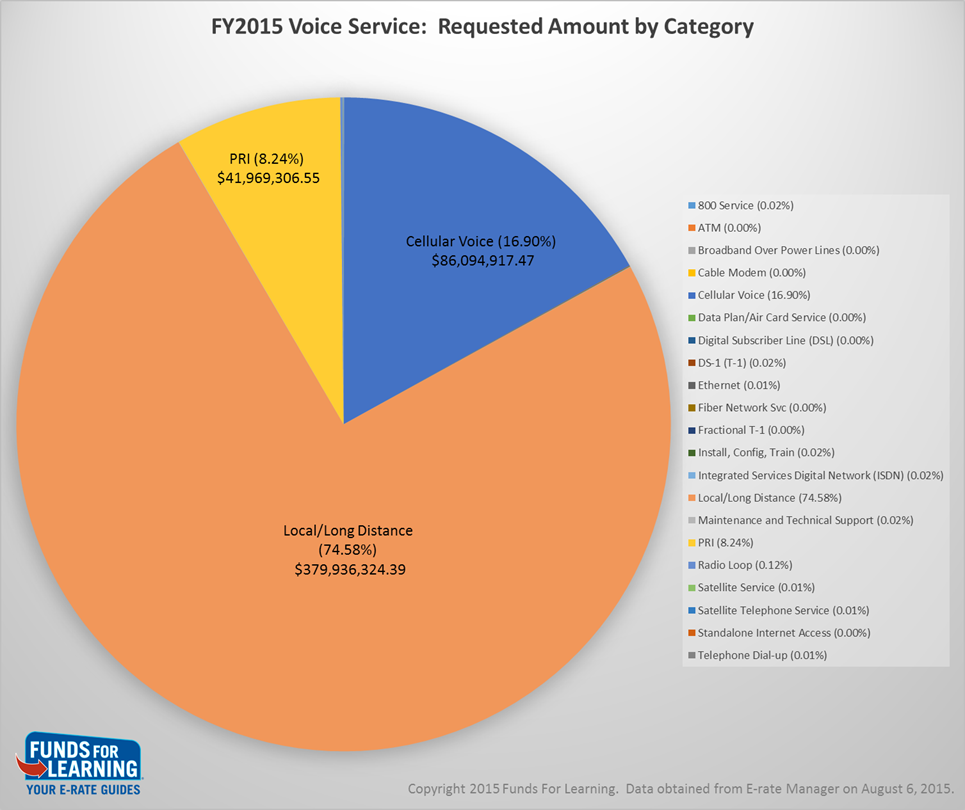