The final count of competitive bids for E-rate discounted services is predicted to be 15% – 20% lower in FY2016. Referred to as Form 470 applications, the current number of bid requests on file is down more than 40% from the same date last year; however, due to the late April 29 closing of the Form 471 window, applicants have been given additional time to complete their requests for proposals. 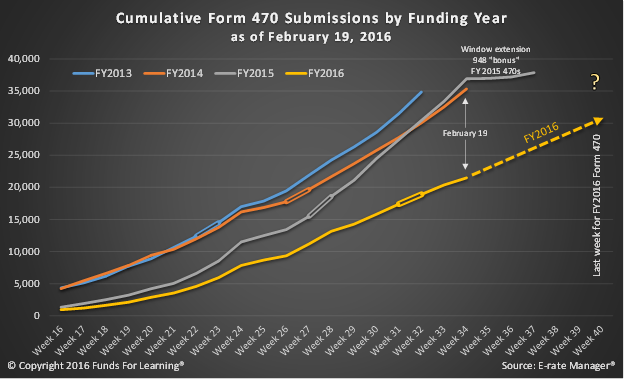 Given the current steady pace of about 1,500 applications a week, Funds For Learning estimates the final number of Form 470s submitted by schools and libraries will fall within the 30,000 to 32,000 range. 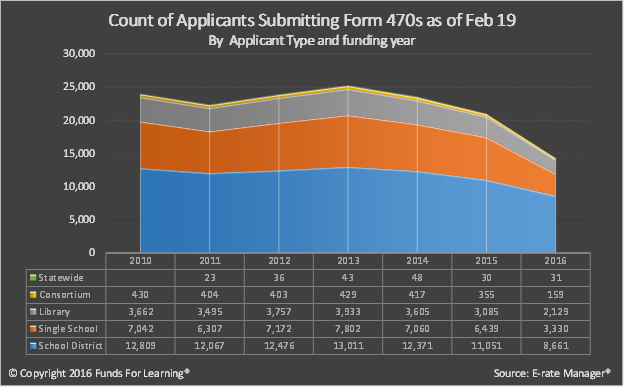 The number of library and school district filers has also declined by 31% and 22%, respectively. However, on one bright note, the number of statewide requests for proposals has remained steady. 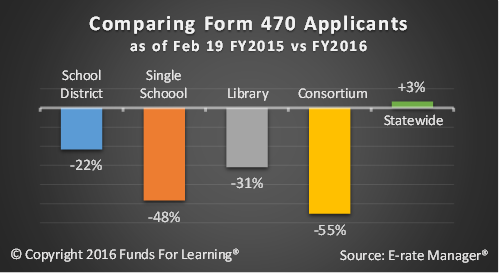