Today marks the 20th anniversary of the Telecomm Act, the measure that created the E-rate program. This act helps deliver high speed Internet access to more than 51.9 million students in approximately 120,000 school and 10,000 library sites across the country. Helping to transform these spaces with digital tools and resources, the Telecomm Act showed us Internet isn’t a luxury, it’s a necessity to effectively serve students and communities. The program has made significant strides in the past 20 years, such as evolving to include Wi-Fi funding. In 2016, the program is poised to play an even bigger role in the future of schools and libraries. A sign of true success, there is potential of a record $5.8 billion available in support, which will serve the 95 percent of schools that request E-rate discounts. 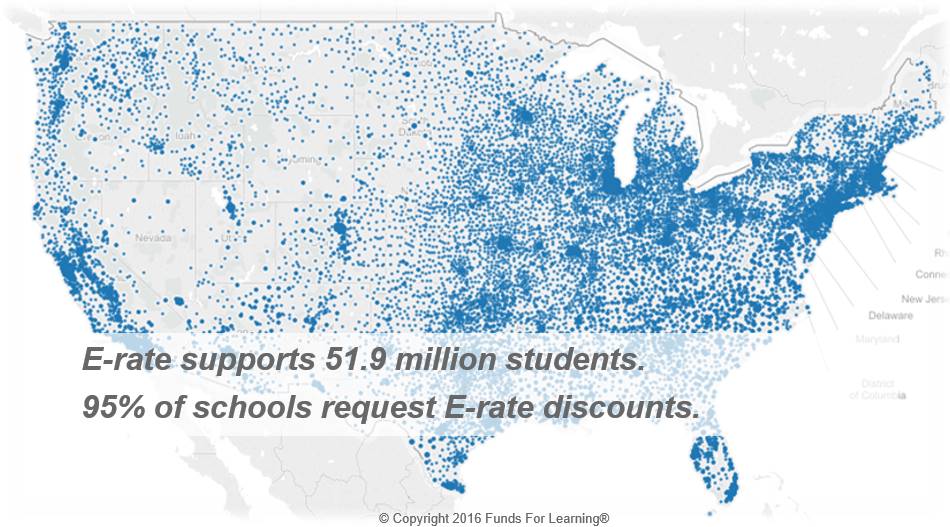 Through all the ups and downs of politics and the budget cuts, the E-rate program has been a consistent source of funding for schools and libraries. Without it, schools in this country would look quite different. So to that end, Happy Birthday, Telecomm Act! We hope for another 20 years of continued success in serving schools and students everywhere.