The SLD notified over 500 applicants and over 500 service providers about the status of their FY 2007 applications, committing $43 million.  Of the amount committed, $19 million for was Priority Two requests. The SLD has committed nearly $1.4 billion and has $2.17 billion pending for FY 2007.  USAC has not determined if the Funding Year 2007 Priority Two discount threshold of 83% will be lowered to allow additional applicants access to funding in the Internal Connections and Basic Maintenance service categories. 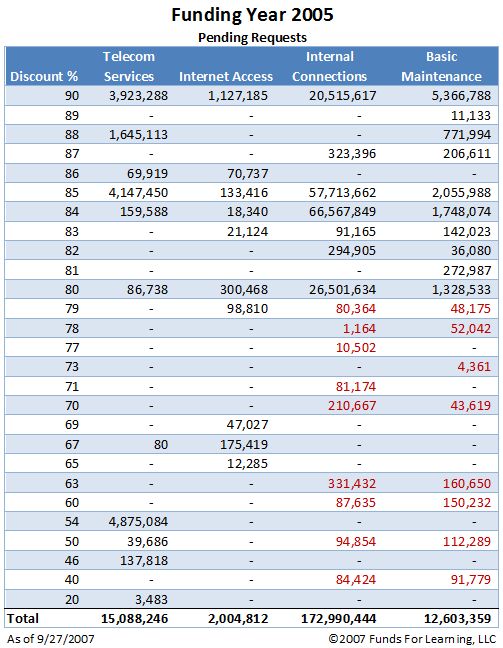 The full funding waves may be viewed at E-rate Manager Wave Reports.