How quickly is USAC processing E-rate funding requests?  While Funding Year 2012 had the largest single wave in program history and enjoyed a brisk funding pace for Priority 1 requests, Priority 2 commitments seem to be moving slowly for the second year in a row. 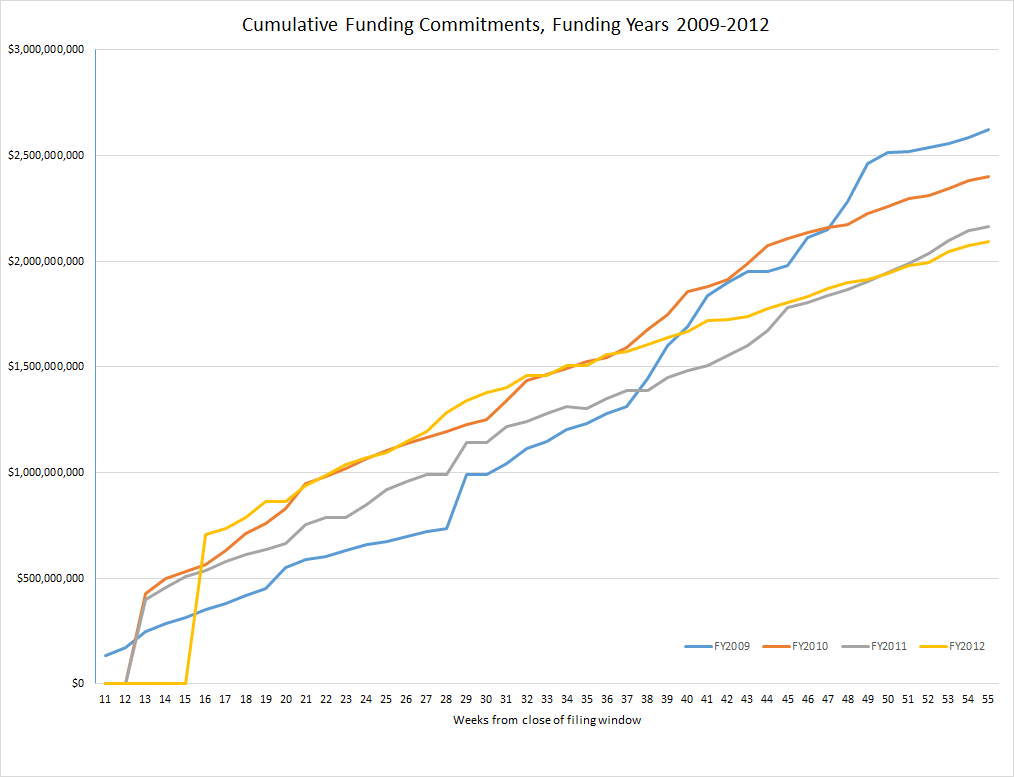 The pace of Priority 1 funding commitments in FY2012 is considerably quicker than in the past four years: 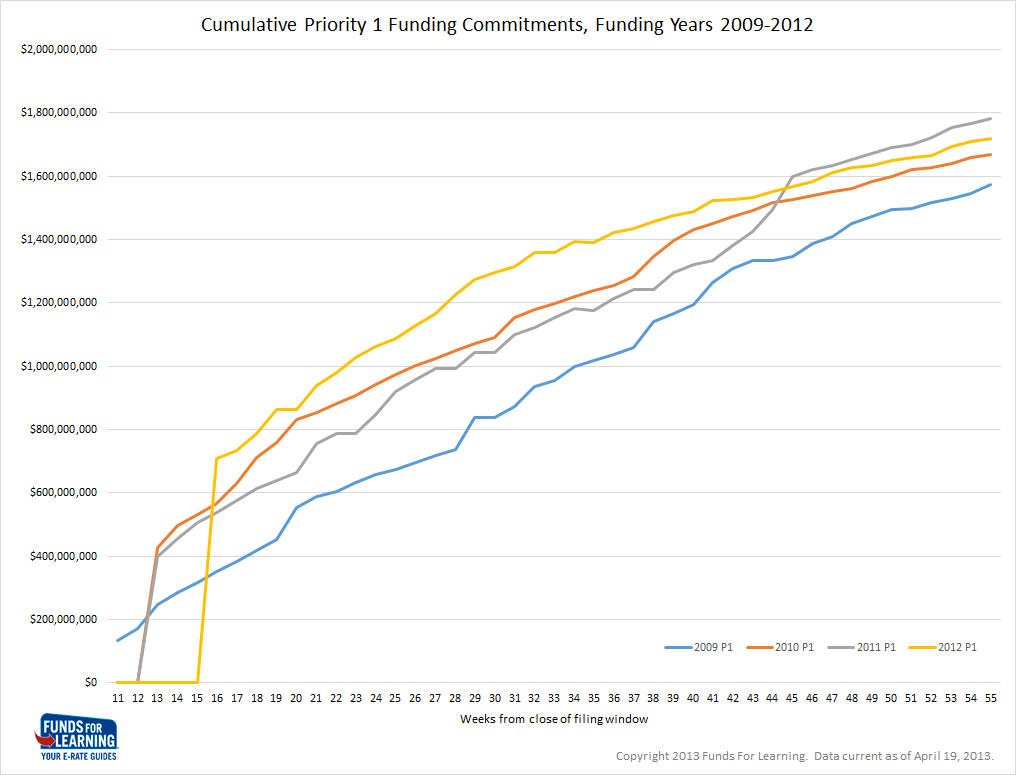 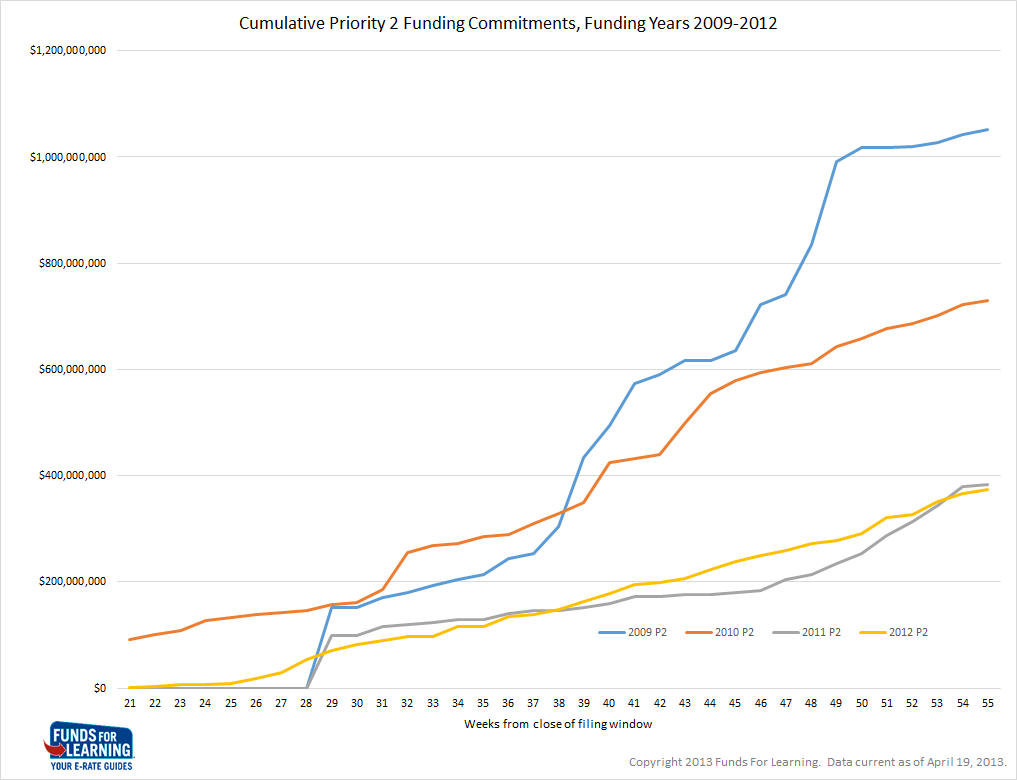