When it comes to E-rate funding, it turns out that the speed of funding approval plays a big role in whether or not an applicant will have a chance to put the funding to use.  Back in 2008, Funds For Learning® discovered that funding commitments awarded prior to – or immediately subsequent to – the start of a funding year have the highest utilization rates.

In an updated analysis of FY2006 to FY2010 funding data, this phenomenon is still apparent.  As shown in the following charts, as it takes longer for a funding commitment to be issued, utilization rates decline. 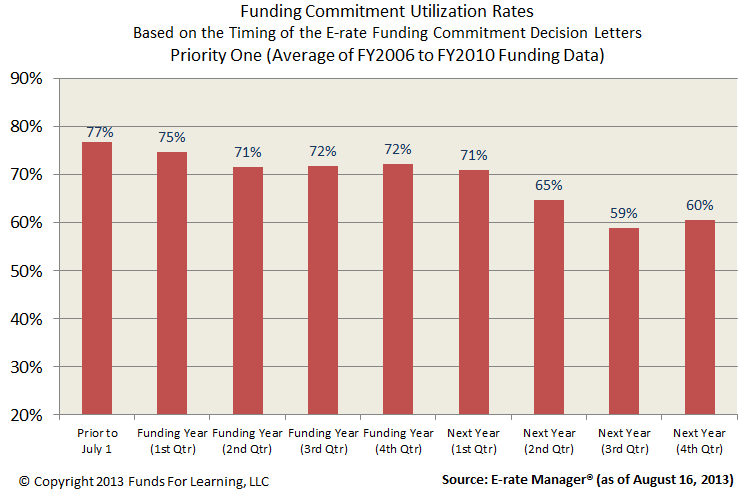 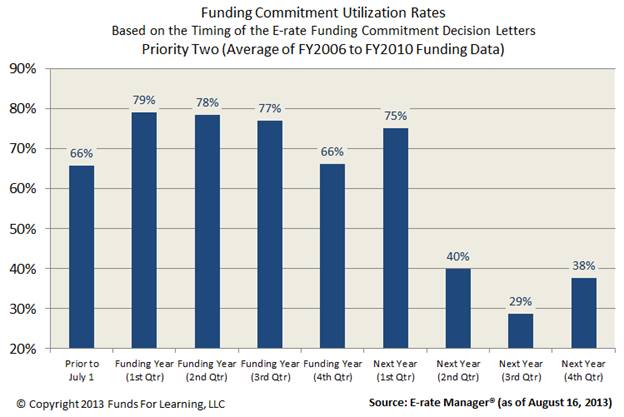 For both Priority 1 and Priority 2 services, utilization rates drop sharply when funding requests take longer than 16 months for review and approval.  Could this be a sign that applicants tend to “give up” on requests and find other options in cases of lenghtly delays?  It would seem likely, as the results of our2012 E-rate Applicant Survey showed that funding predictability ranked highly among aspects of the program most important to applicants.

In order to directly impact students with reliable broadband connections, the E-rate program must operate efficiently.  The FCC’s “E-rate 2.0” Notice of Proposed Rulemaking seeks comment on ways that program administration can be streamlined, and all stakeholders are encouraged to share their views.