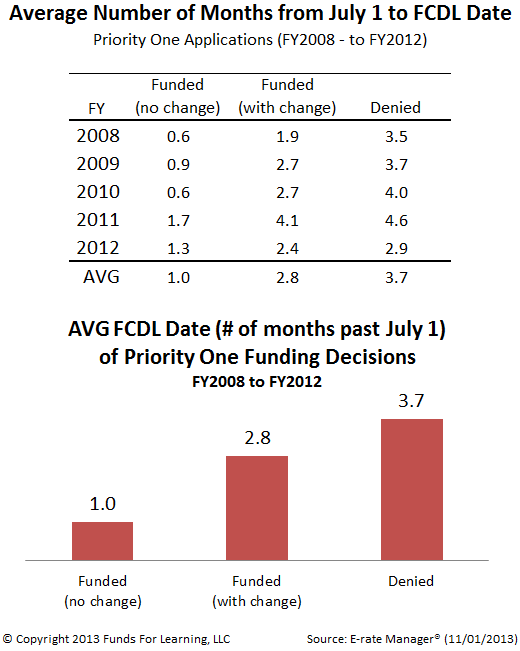 Looking at the average Priority One funding requests from FY2008 to FY2012:

In summary, applications with accurate funding requests that do not require cost allocations and other changes receive decisions about 3 or 4 times faster than other funding requests.