Measuring the Impact of E-rate Reform on Prior Years

The FCC commissioners recently voted to accept Chairman Wheeler’s E-rate reform measures, but the exact scope of the new rules and their impact on E-rate funding in coming years is still largely unknown. Looking back at data that the SLD provided the FCC for Funding Years 2012 and 2013 may give us a better idea of what to expect—by looking at what could have been.

What impact would limiting Priority One services to broadband only have on the overall demand for FY 2012 and 2013? By looking at how the SLD categorized the funded Priority One requests for these two years, we were able to identify the services which would likely fall under the ambiguous terms of “broadband” Internet access.

In order to compare these funding years with the E-rate modernization changes, we must acknowledge a few considerations in the analysis:

Now, let’s look at how the Priority One funds were distributed between broadband services and other services in FY 2012 and 2013. 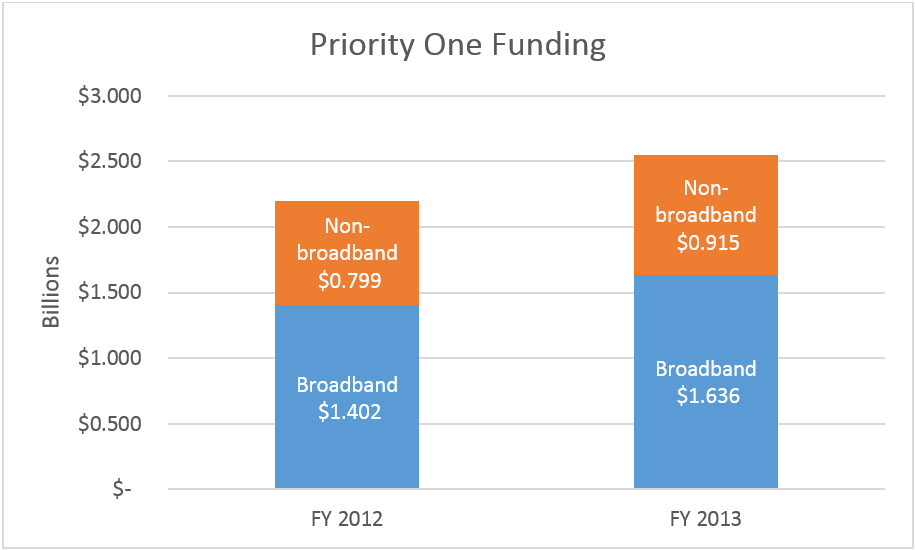 Next, let’s see much money would have been available for “Category Two” Wi-Fi Equipment. Funding Year 2012 had an initial funding cap of $2.338 billion, and available rollover funding of $1.050 billion for a total cap of $3.388 billion.

In the new category funding distribution model, this would have allowed for almost $2 billion to be spent on “Category Two” funding requests. The FCC has authorized USAC to fund Priority Two requests at only the 90% discount level for FY 2012. 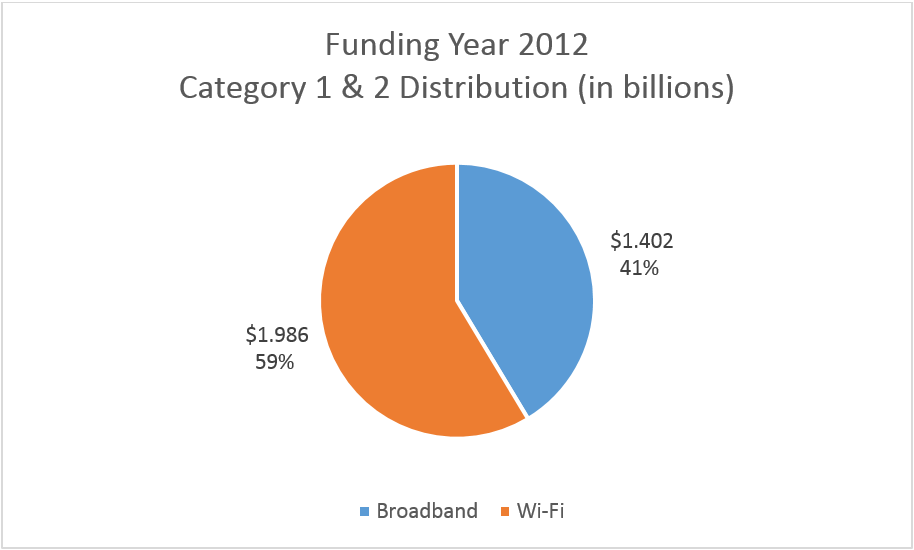 For Funding Year 2013, the funding cap began at $2.380 billion, and the FCC later approved rollover funds of an additional $450 million. This would have left just under $1.2 billion for “Category Two” funding. Under the current rules, all Priority Two funding requests were denied for FY 2013, due to lack of available funding. 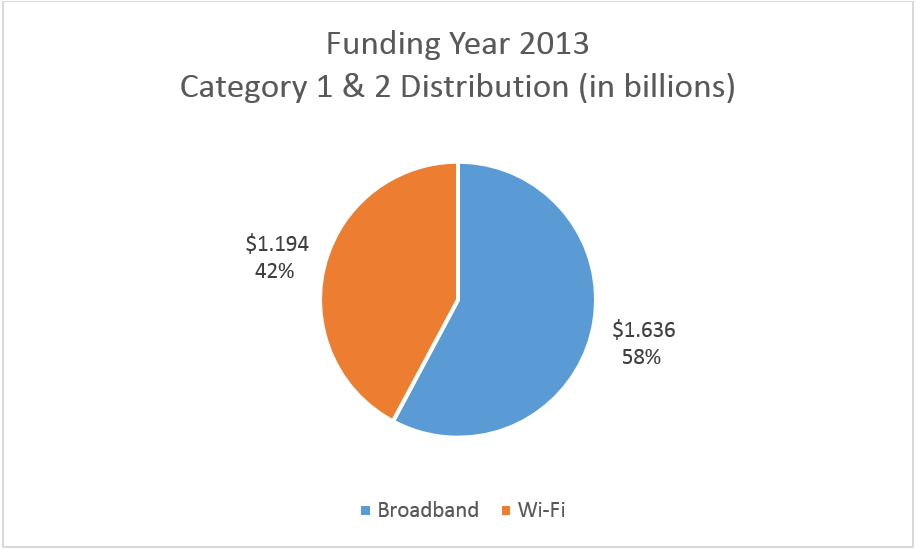 It is promising to see that the new E-rate reforms would have made funding available for on-campus connectivity even in previous funding years – unfortunately it is difficult to see if this amount of funding would have been sufficient for the Wi-Fi equipment needs of all applicants. During the 2012 and 2013 funding years there were likely many applicants that did not apply for any funding for equipment or basic maintenance – either because of “2-in-5” rule considerations or because they did not have a discount rate high enough to justify preparing an application – so the demand for Category Two funding in FY 2015 and 2016 will likely be much higher than what has been seen in previous years.