These reports will help the FCC track how USAC’s application reviews are progressing, and the ongoing impact of the new rules intended to streamline the application process and reduce administrative burdens for E-rate applicants.

The chart below demonstrates the historical data that the FCC will be monitoring, from the date of the first funding wave of Funding Year 2010 to present. Our data below is focused on Priority One (now Category One) funding requests. 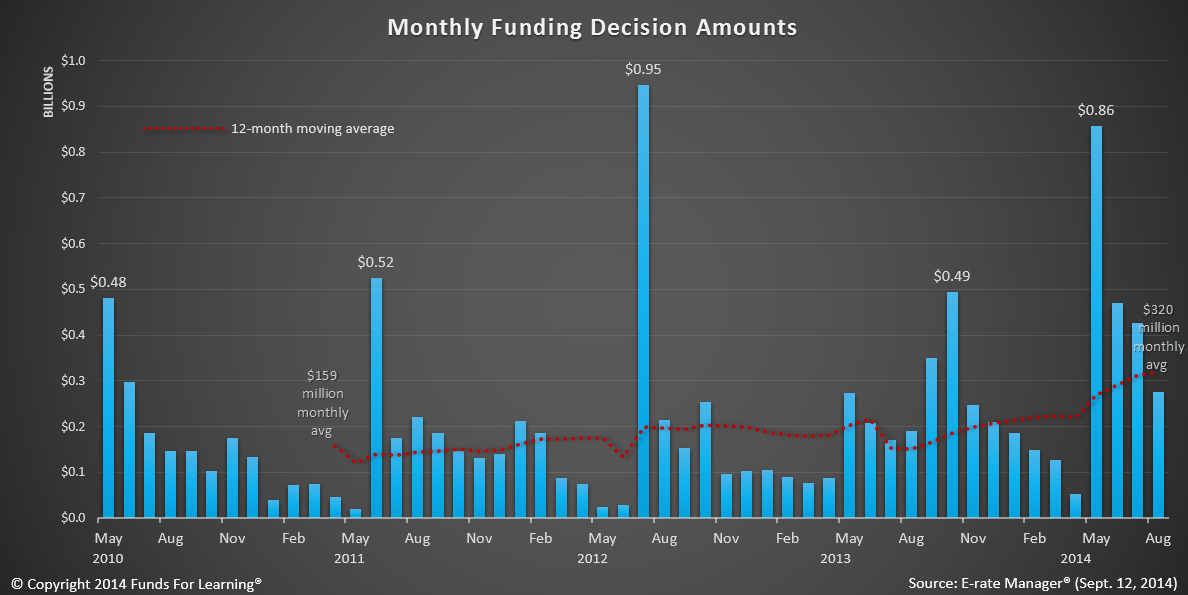 Two important trends are apparent from this data – first, if you were not one of the lucky applicants to receive a funding decision in the first wave, you likely had to wait months before receiving a funding decision from USAC. After the first wave of decisions for each funding year, the pace of decisions dropped dramatically. This makes it clear why the FCC is seeking data from USAC to track the pace of review, which will directly impact how effectively applicants will be able to utilize their funding.

The second trend is encouraging. Beginning earlier this year, the pace of funding decisions has increased, with more decisions in the months following the first FY2014 funding wave than there were in prior years. Another way to assess this trend is to calculate the 12-month moving average of monthly funding decision amounts. In April of 2011, the average funding commitment amount of the prior 12 months was $159 million. During 2014, the 12-month moving average has entered record territory. In July and August the average exceeded $300 million for the first time in program history. This trend gives hope for applicants to receive funding decisions more quickly after filing their application.