On December 22, 2015, the New York City Department of Education (“NYC DOE”) settled a long-standing investigation into management of its E-rate funds by agreeing to pay a $3 million fine to the U.S. Treasury and relinquishing claims to $1.5 billion in prior E-rate requests. As part of an agreement with the FCC, the NYC DOE adopted a Final Compliance Plan that includes extensive staff training, yearly audits, and the appointment of internal and external monitors and an E-rate compliance officer.

From 2002 to 2008, an NYC DOE technology consultant used a subcontracting scheme to fraudulently funnel millions of NYC DOE dollars to his personal company. He was later investigated, tried and convicted for his crimes. Stemming from this situation, in 2011, USAC began an investigation into the E-rate practices of NYCDOE, and, in 2014, the FCC’s Universal Service Fund Strike Force conducted further investigations into NYC DOE and two of its service providers. These investigations culminated in this week’s Consent Decree between the FCC and the NYC DOE.

As the nation’s largest school system, NYC DOE is the recipient of more E-rate funds than any other applicant. Even so, in recent years the school system appeared to request a disproportionately higher amount of funding, most notably in 2013 when it requested $605 million, one-quarter of the nation’s entire E-rate budget. 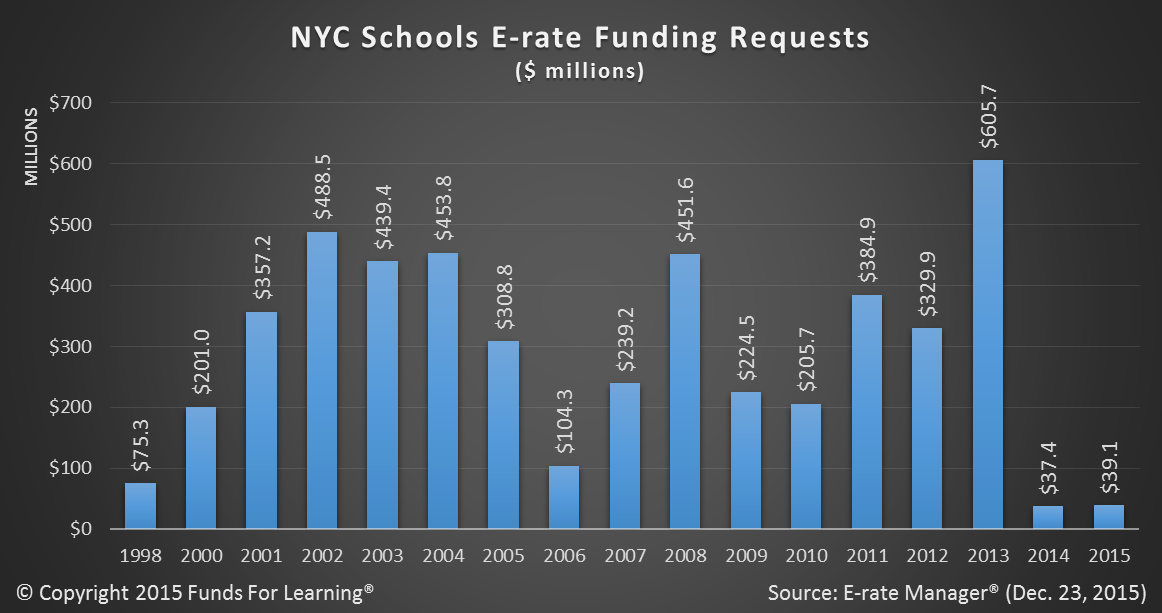 This week’s actions by the FCC echo similar outcomes seen in Houston ISD, Dallas ISD and other school districts in prior years.