The Schools, Health & Libraries Broadband (SHLB) Coalition's Annual Conference will be held in Washington, DC, next week, October 10-12, 2018. You may not be familiar with SHLB, but you should be. They are tackling head-on the regulations that block E-rate funding commitments and slow down payments to applicants.

I first attended a SHLB conference in May 2012 when I was invited to join an E-rate panel discussion. Immediately, I saw the value of this organization. There was a diverse membership of public and private institutions who were joining together for a common purpose: broadband connectivity to all the anchor institutions, in every community, across the United States. Since then, Funds For Learning has been a supporter and active member of SHLB.

The E-rate program exists to bring Internet connections to schools and libraries, and it is groups like SHLB who are fighting to make that a reality. Most individual E-rate applicants lack the knowhow and resources to battle confusing regulations. Does your organization have a representative in Washington, DC, who can meet with the FCC? For most, the answer to that question is “no.” Yet, by participating in the SHLB coalition, you can, in effect, have that type of voice.

School and library budgets are tight. FCC regulations can be confusing and the resultant process overwhelming. Regulations should not stand in the way of library patrons and K-12 students accessing the Internet. If you agree, and you want to do something about it, here are three steps you can take:

Cathy Cruzan and I will both be representing Funds For Learning on panels at the SHLB conference next week. We hope to see you there… or at a future SHLB event. 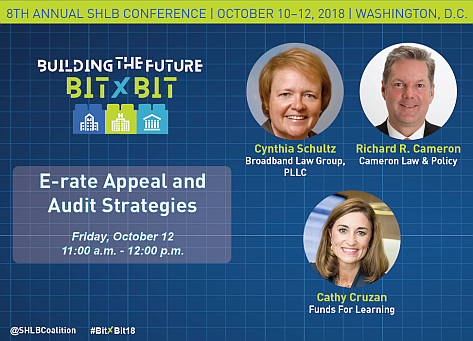 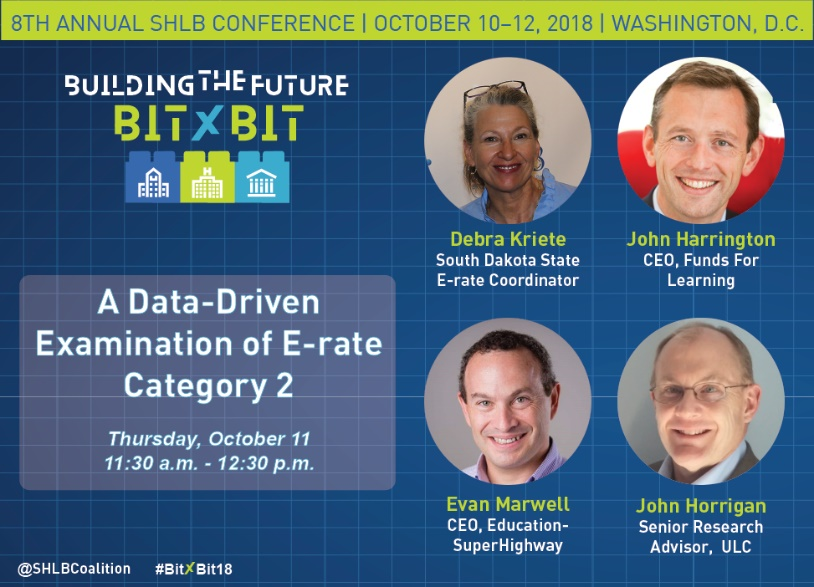