A recent Funds For Learning analysis shows that Funding Year 2010 requests are being committed at a much faster pace than years prior. As of July 29, 2010, USAC had committed approximately $980 million in total FY2010 funds, which is significantly more than the totals in Funding Years 2009, 2008, and 2007 for the same date. USAC has stated publicly that expediting funding request approval is a top priority, and it appears that efforts to speed up the process are effective. The following chart shows cumulative funding commitments by funding year and date for the past four years: 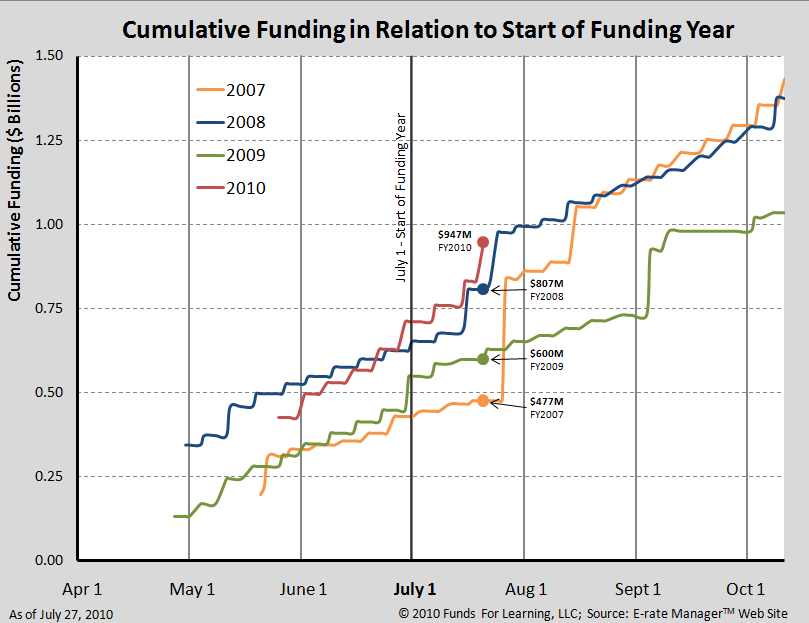