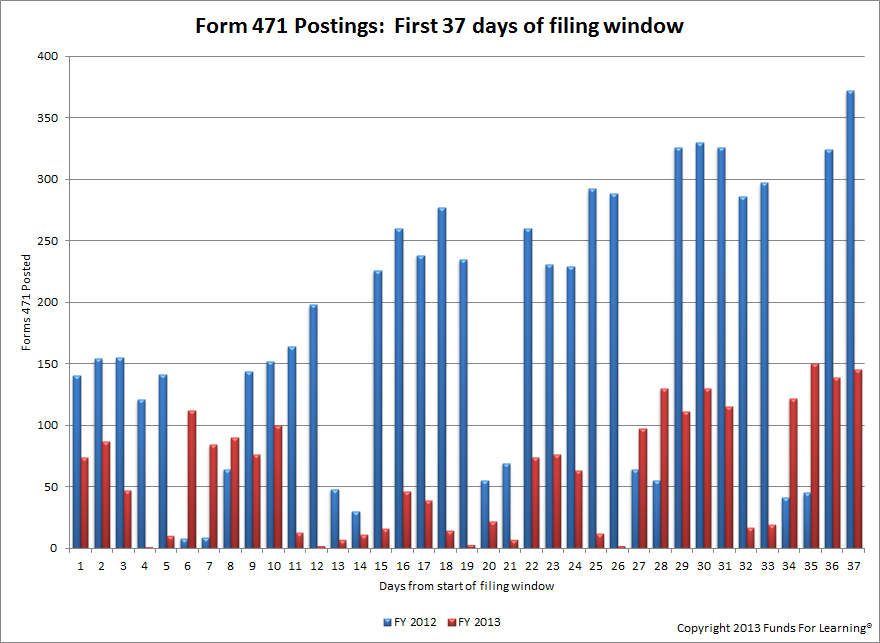 While the Funding Year 2012 window was open for a shorter time than the anticipated timeframe for the 2013 window, it appears that the Christmas holiday and the extended number of days in the 2013 window have resulted in fewer applicants getting an early start. Applicants are encouraged, however, to file their applications as early as possible.