Today’s date marks 41 days before the last date to file a Form 470 (commonly referred to as the “470 deadline.”) Over the past four years, the filing window dates (and subsequently, Form 470 deadline dates) have varied:

For Funding Year 2013, the total number of Forms 470 posted 41 days before the deadline has declined for the third year in a row. 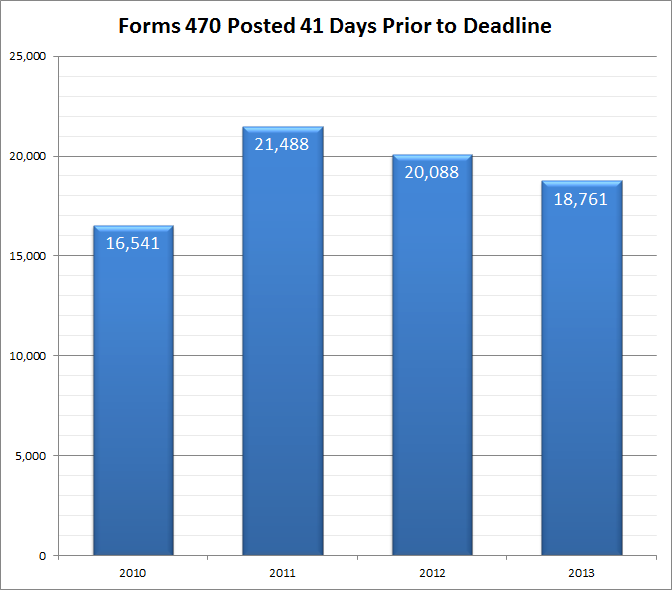 Applicants are encouraged to file Forms 470 as early as possible in order to provide adequate time for contract negotiations, school board approval (when required), and preparation of their Form 471 funding requests.