A Closer Look at Priority One Demand

But the growth in cellular phone service is startling. Since 2008, schools have increased their spending with cellular phone providers by approximately $134 million.  This accounts for 26% of the overall growth in the demand for telecomm and Internet services:

When viewed from a per-student perspective, requests with cellular phone providers have increased by a significant margin compared to other types of service: 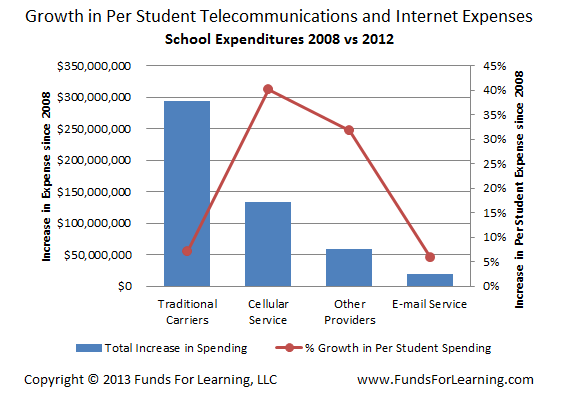 The following table details the growth in Priority 1 expenditures by school districts and individual schools between FY2008 and FY2012: 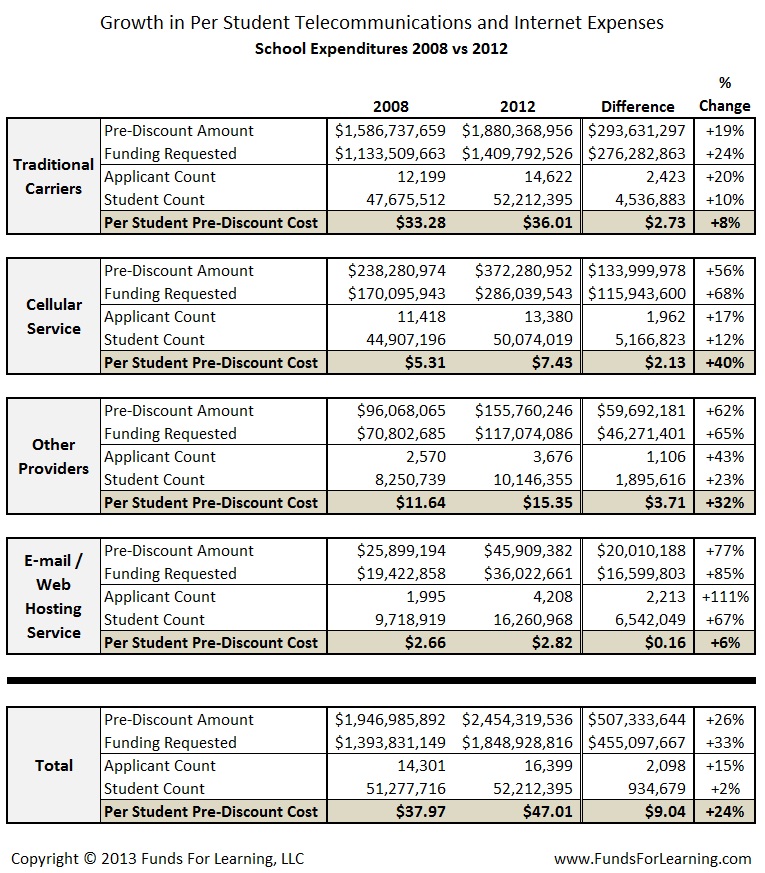 Note:  the table above does not include P1 requests submitted by libraries or consortia.  Duplicative funding requests have also been removed.