An early analysis of Funding Year 2013 request data shows total Priority One demand to be approximately $2.7 billion, an increase of close to $350 million over Funding Year 2012.  The total amount requested for Priority 1 services exceeds the $2.38 billion FY2013 funding cap by almost $320 million, a gap which is expected to widen as USAC continues to process application submissions over the coming weeks.

When viewed by discount band, almost 90% of the annual funding cap amount is consumed by Priority One requests at the 70% discount level and higher.  The following chart shows the breakdown of initial FY2013 demand by priority and discount band, with each section’s percentage of the total funding cap: 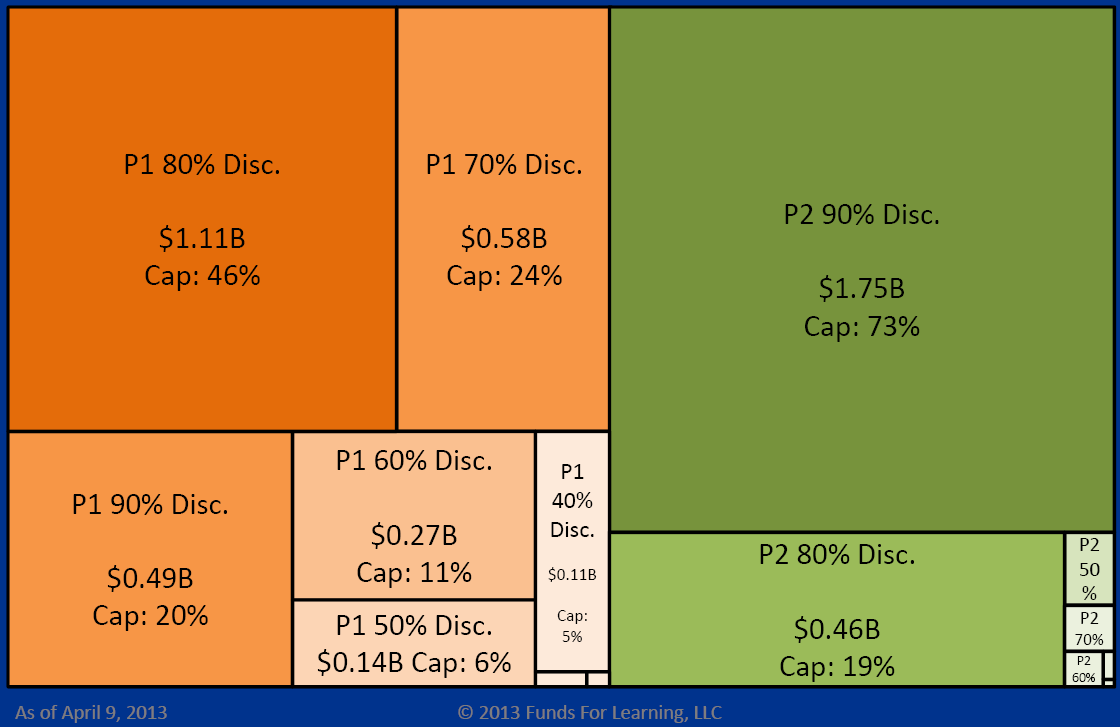 Assuming a low rate of funding request denials and reductions, initial demand estimates show that the annual funding cap will only be adequate to satisfy Priority One requests at the 60% discount level and higher, with no funds available for Priority Two services: 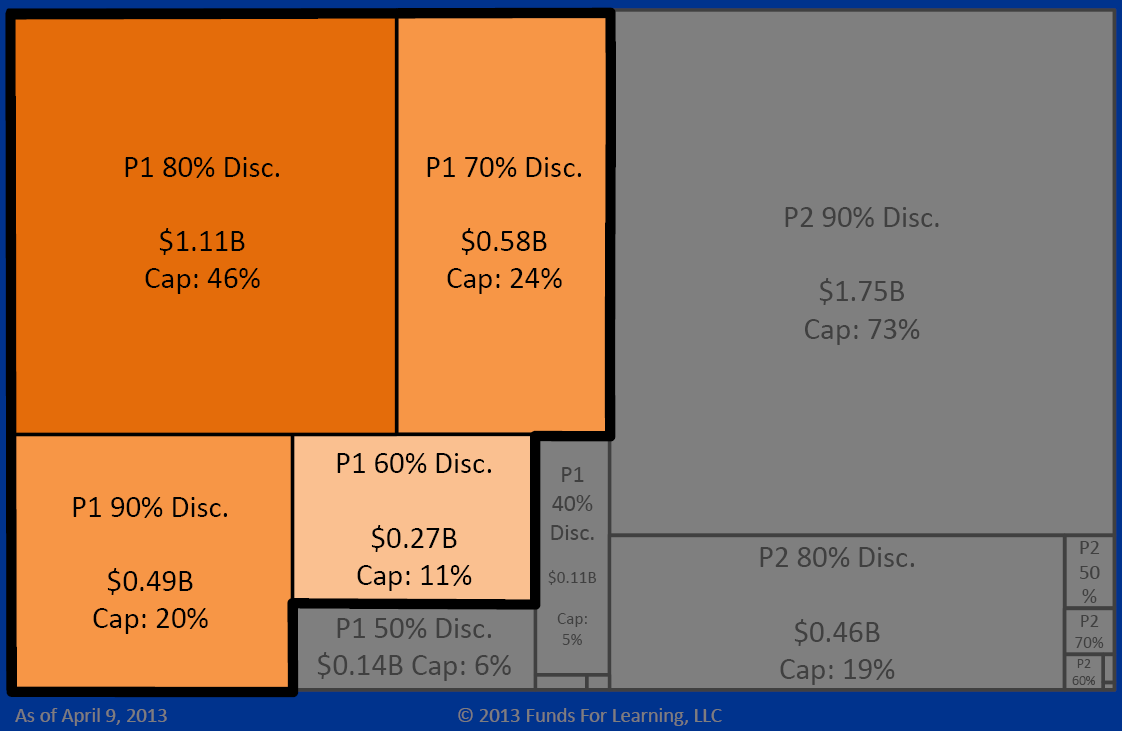 It is clear from even the earliest demand estimates that the availability of rollover funds from previous years will be crucial to determining if all E-rate applicants will be able to have access to funds for critical Priority One connectivity services in Funding Year 2013.  It is anticipated that the final rollover announcement will be made later in the summer, but if rollover funding is unavailable or is significantly lower than in prior years, it is possible that Funding Year 2013 could be the first year in program history where total available funds were inadequate to fully satisfy Priority One demand.