I attended the USAC Schools & Libraries Quarterly Committee Meeting on Monday, October 28 where the Board discussed that the estimated 2014 programmatic budget would be $53 million which is approximately a $6 million increase from 2013. The main driver of the increase is due to hiring contractors to perform further audits tied to the Beneficiary and Contributor Audit Program or BCAP.

I was curious to learn more and discovered that on October 25, 2013 USAC released an RFP and requested proposals from audit firms to support BCAP and the response date is November 27, 2013.

I learned that USAC anticipates conducting 80 BCAP audits specifically tied to E-rate beneficiaries and with varying degrees of complexity. According to the RFP: 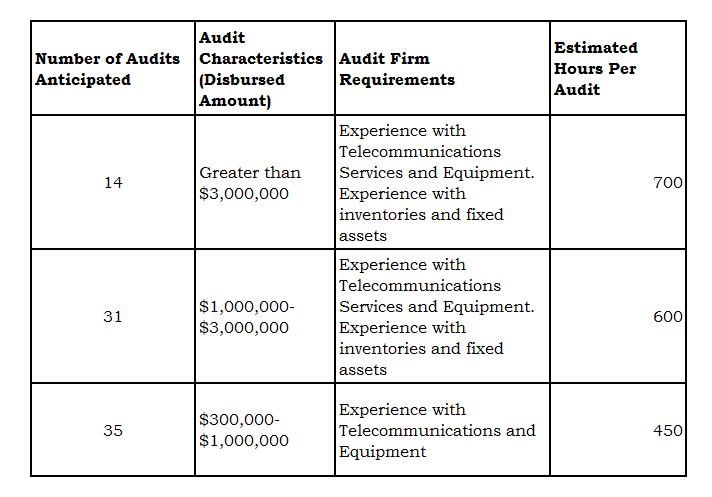 Part of the FCC’s E-rate reform efforts are to streamline the process and for applicant’s to spend less time preparing applications.  It would not be difficult to extrapolate that it would take applicants an equal amount of time to respond as it does take for the auditor to conduct the audit.  However, it is hard to imagine a school administrator having that type of dedicated time to respond to these audits. I sincerely hope that USAC takes into account the amount of resources that it will take for school districts to respond appropriately and adjust how these audits are conducted in the future.