As schools and libraries look to prepare generations for the 21st century technology climate, demand for high speed Internet Access as well as broadband telecommunications services is on the rise. Through the analysis of posted Form 470s from FY2009 through FY2014, it is apparent that E-rate applicants are seeking speed connections that are faster and more robust year to year.

A continued trend from FFL’s last data analysis of Form 470 solicitations, more and more applicants have sought after broadband speeds of 10Mbps or greater from FY2009 to FY2014. As evidence of the growing need for even faster connections, FY14 saw a drop in the amount of Form 470s soliciting services for speeds ranging from 10Mbps-100Mbps. Conversely, applicants expressed an increased need for Internet speeds of 200Mbps and higher. 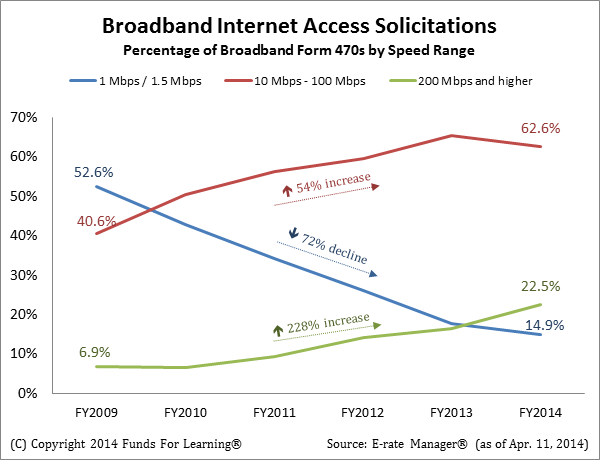 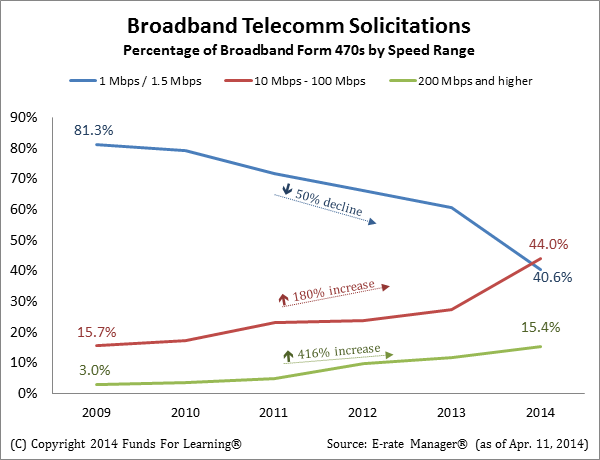 The following two tables show the specific percentage of broadband solicitations for each funding year, based on the speeds referenced in the Form 470 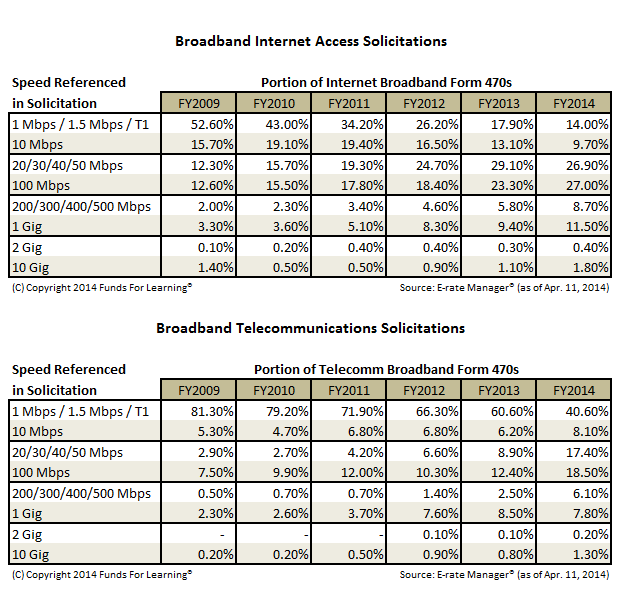