Historically, there has been a consistent trend that most FCC Forms 470 are submitted late in the application timeline. Preparing for the competitive bidding process often requires complicated coordination between multiple departments, so it is understandable that this type of undertaking may be pushed to later in the school year.

Unfortunately, late Form 470 submissions mean less time to prepare and submit a Form 471 application. The chart below demonstrates the pace of FY2015 Form 470 submissions when compared to the average count of forms submitted during the same time frame for previous filing windows. 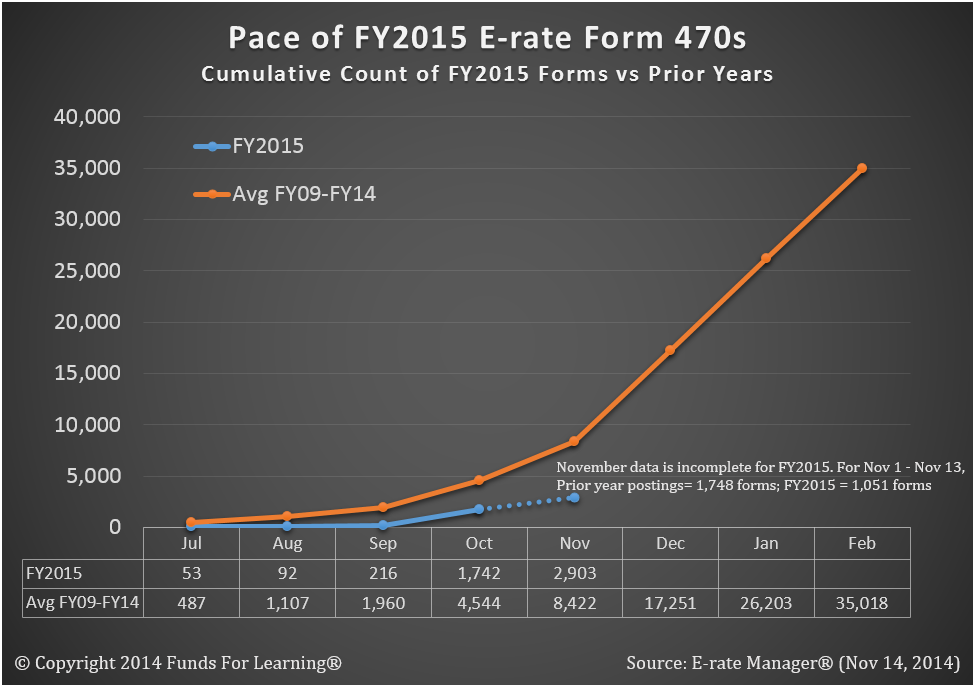 Even with partial data available for the month of November, it is clear that the pace of filing the Form 470 is well behind what we have seen on average for recent funding years.

With an Eligible Services List that was only recently approved, a yet to be made available new Form 470, and new E-rate Modernization rules for everyone to learn, it seems that applicants have been hesitant to begin the competitive bidding process for FY2015. As one of my colleagues encouraged at the beginning of October, it will be beneficial for applicants to begin this process now, allowing more time to learn new rules, gather new types of data for the application process, and learn about the new forms.