With three weeks remaining before the deadline for posting a Funding Year 2015 Form 470, schools and libraries are on pace to submit a record number of competitive bid requests for on-campus broadband connectivity. Each year, E-rate applicants must indicate their intent to procure E-rate discounted goods and services via a formal filing referred to as the Form 470. This form is posted for 28 days prior to the award of a contract and submission of the E-rate funding application (Form 471).

As of February 5, 2015, 10,151 of these notifications have been posted to the USAC website. By comparison, in the same time frame in 2014, there had been 5,948 Forms 470 posted for Category 2 goods and services. This surge in posting began as the FCC announced its plans to increase the annual E-rate funding cap from $2.4 billion to $3.9 billion. 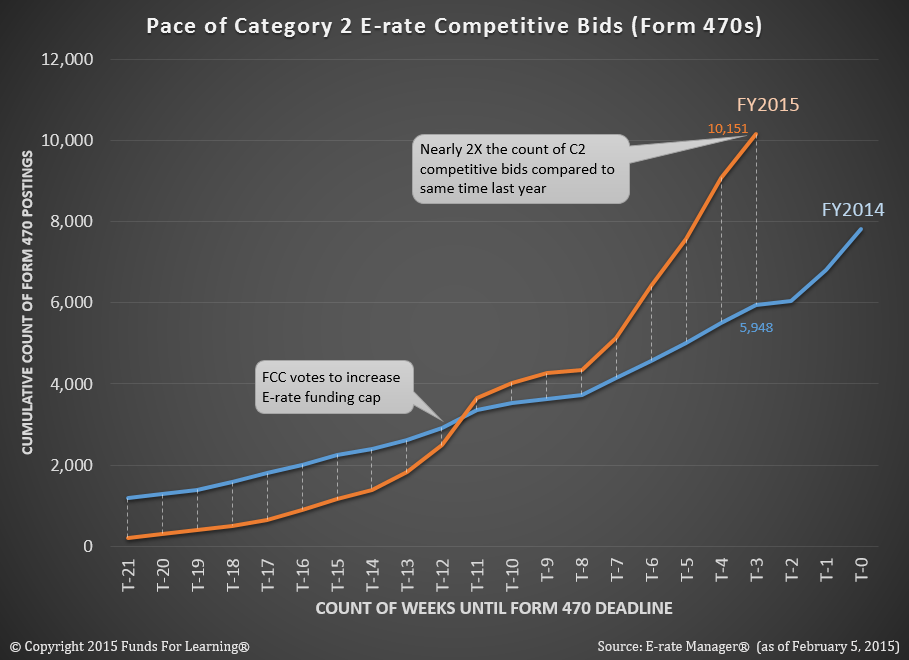 The number of Category 2 Forms 470 had been on a downward trajectory over the past decade. Category 2 refers to the necessary on-campus infrastructure, maintenance and other services designed to connect students and library patrons to the Internet. As fewer and fewer E-rate dollars were available to support these types of projects, many applicants stopped seeking bids for this work. Now that the FCC has made clear its support for on-campus connectivity, it is evident that a record number of applicants are seeking to award bids and seek discounts for Category 2 projects. 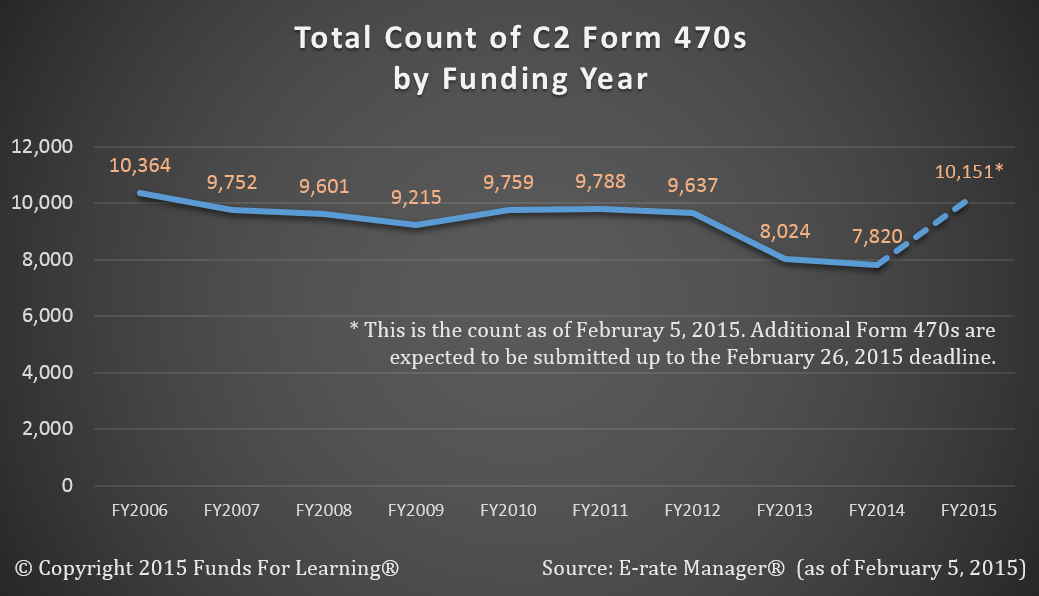