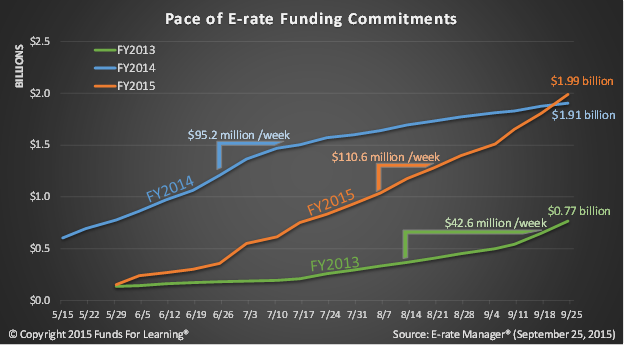 This new record rate of funding commitments is particularly noteworthy for the following reasons:

Given the increased complexity of the program, the delay in the filing window, and the review of detailed internal connections funding requests, it is impressive that USAC has been able to maintain its record pace of funding commitments.

Although the September 1 goal was not met, it certainly has achieved its purpose: getting funding commitments out the door and into the hands of schools and libraries faster. USAC should be recognized for the work it has done releasing a record amount of funding in record time.