The count of active users in the new USAC EPC system remains low, despite the fact that all E-rate program participants must register. Funds For Learning® estimates that approximately 66% of potential users have created their mandatory account since the new system came online this past July. 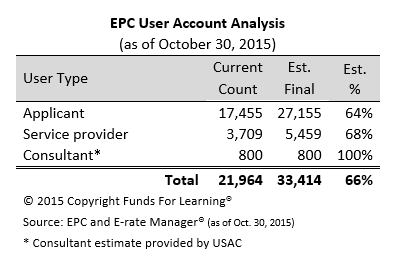 The slow rate of activation means that many applicants can not submit the mandatory competitive bidding documents (e.g. the FCC Form 470). This may explain, in part, the historically slow pace of Form 470 submissions. As of today, October 30, 2015, only 1,169 Forms 470s have been posted. 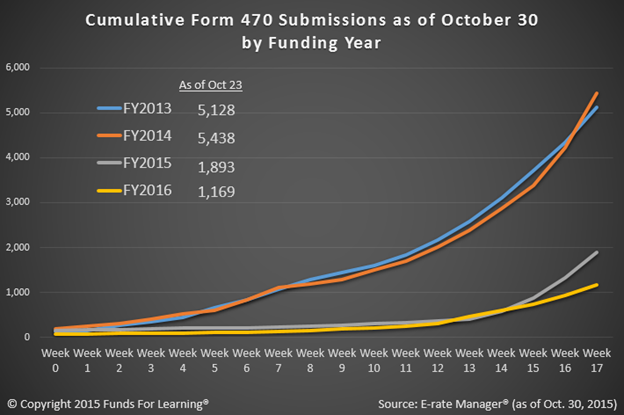 At its quarterly meeting, the USAC Schools and Libraries Committee discussed the many challenges associated with the EPC system and discussed three initiatives to improve its performance. The Committee heard about a new USAC outreach effort to promote user enrollments. The Committee also discussed and approved a “sizable” investment in the EPC system’s underlying software to enhance and augment its existing functionality. Finally, the Committee also received a report regarding USAC’s new approach to software development, involving end-user’s in testing and design of the new Form 471 funding application.

This week, USAC also chipped away at a list of commonly requested user features by rolling out a package of minor enhancements to EPC, including: