Funding commitments for FY2016 totaled $222 million at the end of the first week of August. At this same point, six weeks into the funding year, the total committed amounts for FY2014 and FY2015 were significantly higher: $1.6 billion and $1.0 billion, respectively. 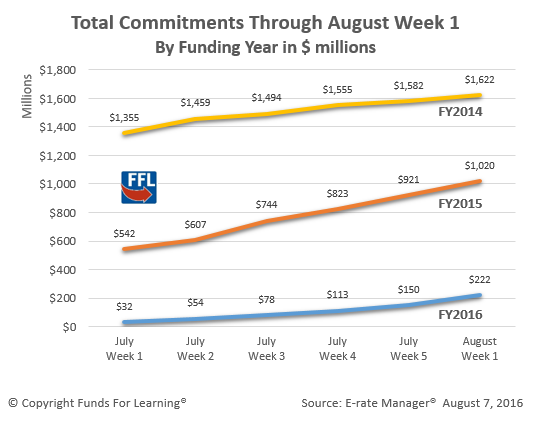 While the total committed amount is much lower than the past two years, there is an encouraging sign in the data: an uptick in the speed of funding commitments. Up to this point, the first funding wave of August was the largest of FY2016. Furthermore, it was not too far off the amount of funds committed the first week of August in FY2015 — and it was actually ahead of FY2014. 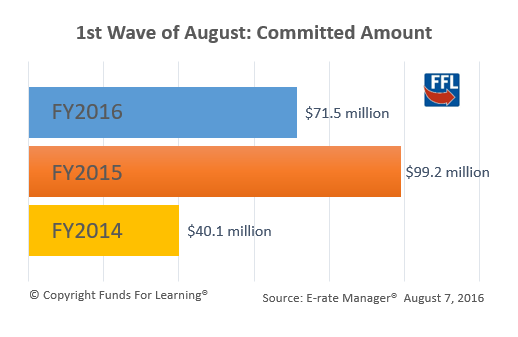 There is still a long way to go to get the funds committed as they should be. Fortunately, it appears that USAC’s efforts to enhance the pace of funding commitments is starting to show signs of success. It will be interesting to see what progress USAC can make between now and the end of September.