I would argue that stakeholders receiving E-rate disbursements is the most important metric of E-rate reform. If that is the case, FY 2015, the first year that E-rate 2.0, was implemented has been a huge success. We are nearing another major milestone where FY 2015 will have the largest amount of disbursements in the history of the E-rate program. The FY 2015 disbursements is currently at $2.37 billion. The current record holder is FY 2010 with $2.4 billion in disbursements. 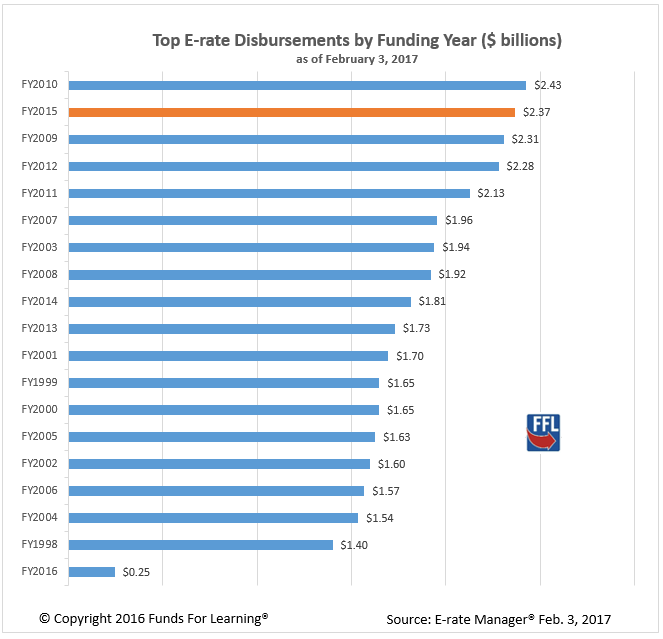 Funds For Learning has been chronicling the results of E-rate reform over the past year. It is important to remember how well FY 2015 has worked out for applicants. While there have been many challenges related to the USAC’s E-rate Productivity Center in FY 2016, USAC is hoping to get back on track in FY 2017. That is good because cash-strapped schools and libraries need these resources to help build 21st century learning environments for our 21st century students and other learners.
Below is a list of several of the important 2015 milestones:
Analysis