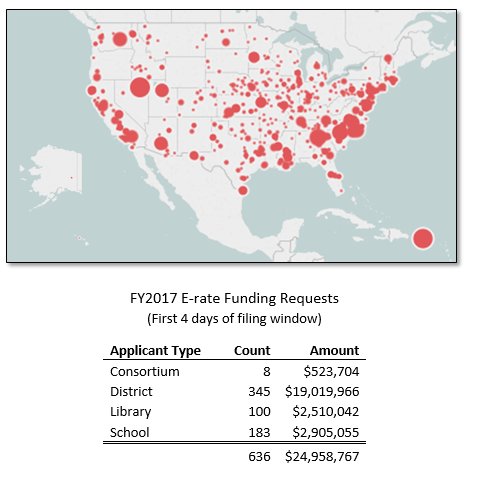 This first round represents many more applicants, and slightly more funding, than was submitted during the opening four days of the FY2016 filing window. (94 applicants submitted $23.3 million in requests at the beginning of last year.)
In 2016, there were 24,096, applicants who submitted requests totaling more than $3.6 billion. A similar number of applicants are expected to participate again this year, with more applications submitted near the deadline, which this year is May 11, 2017.
Analysis