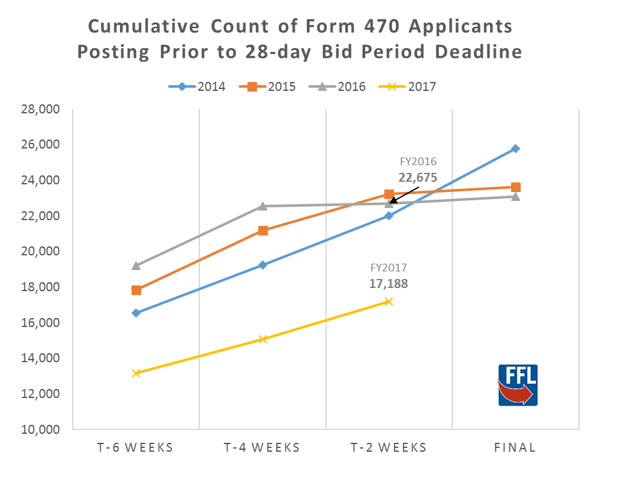 It is possible that the final number of applicants seeking bids could surge to the 23,000+ range over the next two weeks; however, at the current pace, it appears that the total may fall short – perhaps closer to 20,000 or 21,000 applicants. What could account for this difference? Why does there appear to be fewer applicants seeking bids? Here are a few possibilities:
Fewer Applicants – Part 1
Participation in the E-rate program peaked in FY2014. Since then, there has been a steady decline in the number of applicants. This is likely due to the increased complexity and work involved in the application process, including the use of the universally despised EPC system. Small schools have been hardest hit by these changes and have left the program in the biggest numbers. 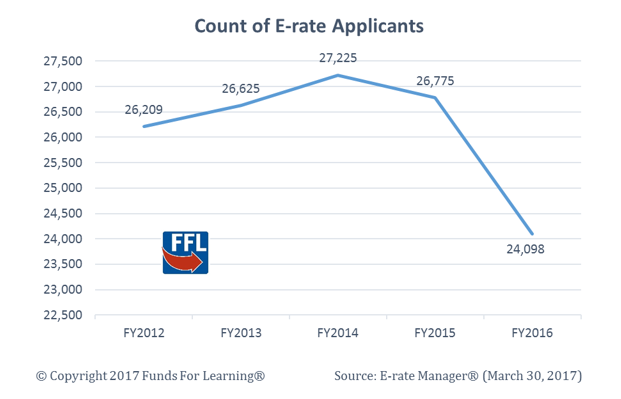 Fewer Applicants – Part 2
Historically, voice service has accounted for the highest count of funding requests each year. This trend continued in FY2016. Despite the phase down in support of voice service, 49,501 requests were made for discounts on telephone service. 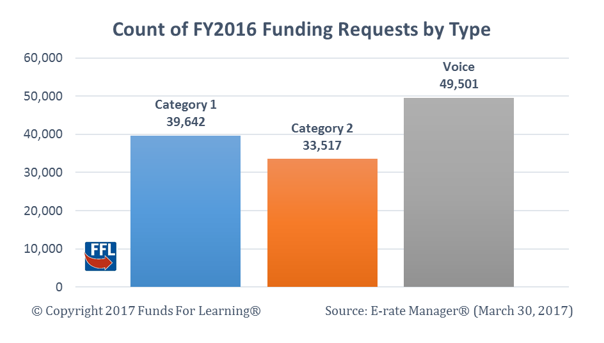 But the on-going reduction in voice and cellular telephone service is pushing some schools and libraries out of the program. In 2016, there were 1,046 applicants who submitted only requests for telephone service discounts. It is likely that these applicants will not apply for support in 2017; therefore, we can expect fewer Form 470s because fewer applicants will be requesting discounts on their phone service.
Multiyear Agreements
Multiyear agreements which have previously gone through the Form 470 competitive bidding process do not require new bids. For example, in 2016, 42% of Internet and data requests were based on contracts that would extend through the 2017 funding year. (This is up from 37% of funding requests in 2015.) More multiyear agreements for Category 1 services equates to fewer Form 470s. 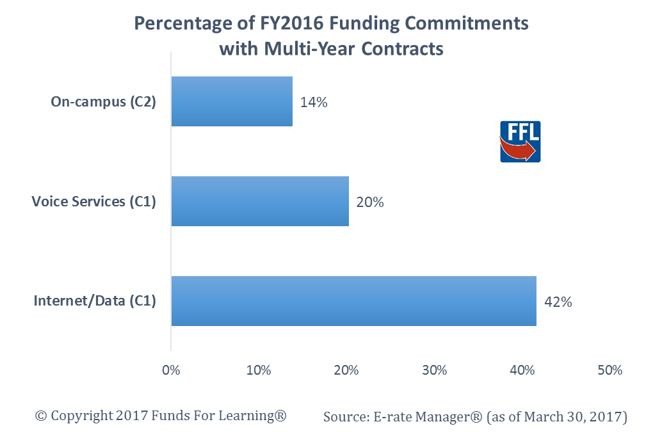 *****
It is unlikely that there is one single factor contributing to the reduction in Form 470s. Fewer applicants, the loss of voice discounts, and the use of multiyear agreements are all likely combining to impact the count of Form 470s. If you are an applicant who has not yet submitted a Form 470 this year, now is the time to do so.
*****
NOTE: Another driving force could be the impact of consortium applications and master contracts; however, so far, the decline in applicants and Form 470s does not appear to be related to these factors; most likely because E-rate applicants have had the opportunity to participate in consortium since the beginning of the program.
Analysis