It is important to consider both the amount of funds committed, as well as the number of applicants benefiting from those funds. If USAC were to only fund a handful of large applications, a significant amount of funding could be committed, but to only a few beneficiaries. Fortunately, in 2018, USAC has managed to fund nearly 16,000 applicants a total of more than $750 million in a record amount of time.

The following chart illustrates the date at which the $750 million milestone was reached and the number of applicants who were impacted. Funding commitments before July 1 are important because it allows schools and libraries to select vendor discounted invoices for their recurring services. 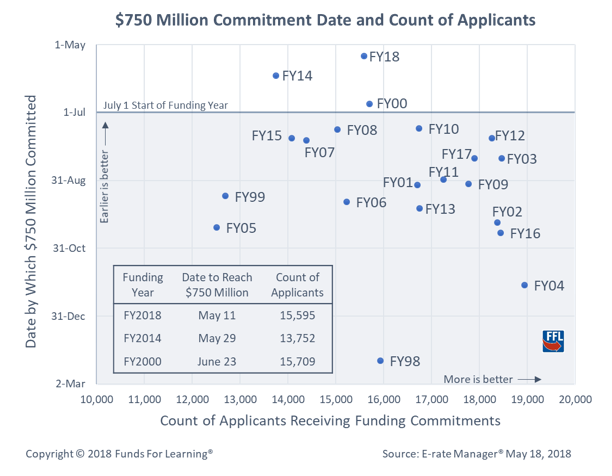 Applicants are encouraged to take this survey to share their thoughts about the USAC application review process. Results will be submitted to the FCC.
Analysis