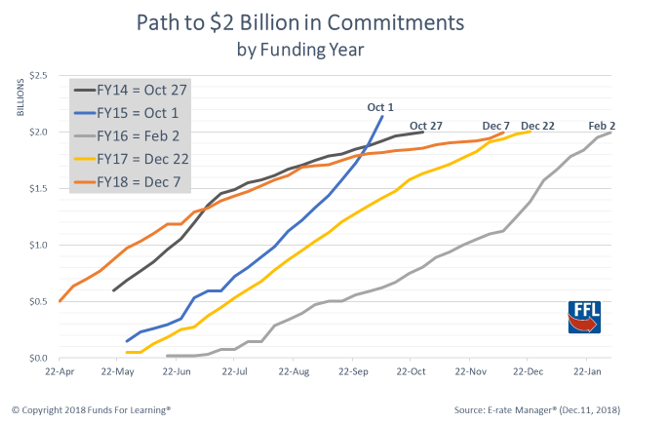 As of December 7, 2018, there were 21,005 applicants who had been awarded discounts for the current funding year. Leading the pack were 11,788 school districts who were awarded a combined total of $1,519,690,303. This represents 74% of the funds requested by schools and libraries.

The consortium-type of applicant is the group with the largest amount of funding still pending. There are 63 consortia with applications totaling $256,776,103 that are still under review. This corresponds to 44% of the consortium requests. The majority of this funding is for state and regional networks. 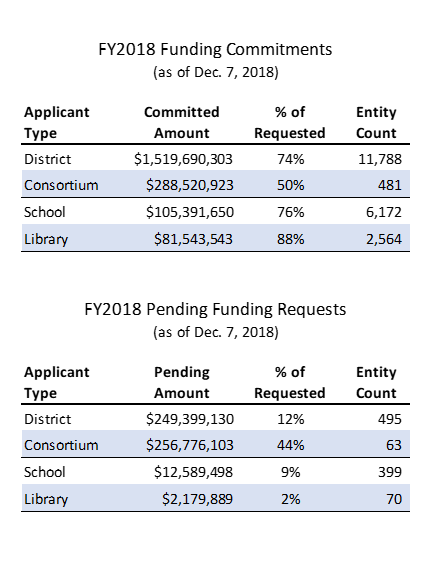